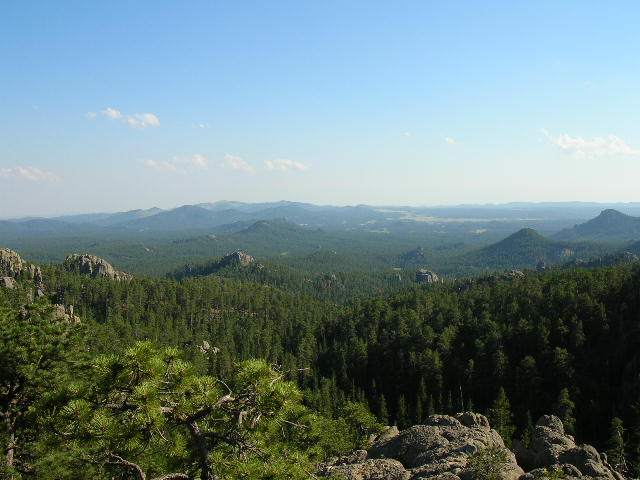 Custer State Park is just beautiful, with plenty to keep you occupied.

This is a State Park, so you will need to get an entry pass.
As of summer 2005, a pass good for 1-7 days was $5/person or
$12/vehicle, and an annual pass was $20. We knew we would be spending
at least two days in Custer State Park, or one of the other state
parks, so we opted for the annual pass.

The park is well worth visiting. Here are some highlights: 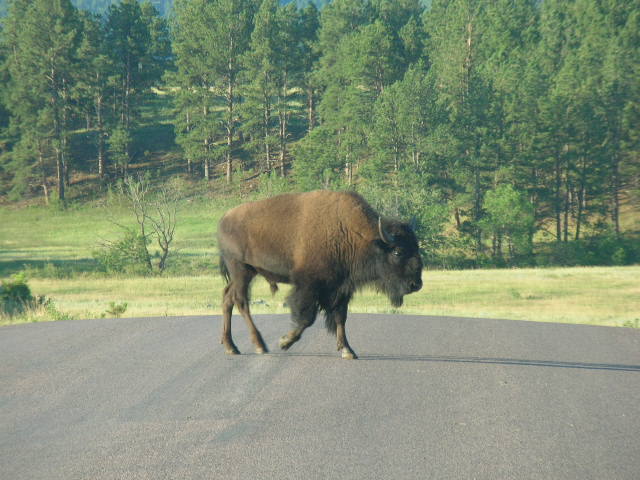 Do at least some of your touring in the early morning or at twilight for
best wildlife viewing. We saw plenty of bison, deer, turkeys and
pronghorn. And there are about 30 burros who live in Custer State
Park…you are very likely to see them along your drive, probably
causing you to stop as they meander alongside and on the roadway.

If you want to bike these roads, be mindful that the bison can
be dangerous (they can run at speeds of 35 mph). One morning while we
were driving, we came across a group of cyclists who had stopped because
there was a herd of bison ahead, on either side of the road. The
cyclists were hesitant to proceed because there were baby bison among
the group. They asked if we would go slowly so they could tag along
cycling close behind us, hopefully giving the appearance of one long
vehicle. It worked… but at least for us, it confirmed our reluctance
to be out on a bicycle on roads where bison are to be found. If you are
braver than us, go for it! And motorcyclists delight in these Black
Hills roads. 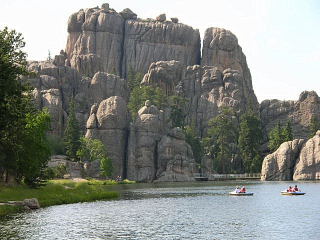 Other state parks in the Black Hills area are the Angostura
Recreation Area (southeast of Hot springs) and Bear Butte State Park
(northeast of Sturgis).

The George S. Mickelson Trail runs 109 miles
from Edgement to Deadwood through the heart of the Black Hills. The
multi-use trail can be enjoyed by hikers, bikers, horseback riders,
snowshoers and cross-county skiers. It features more than 100 converted
railroad bridges and four hard rock tunnels.

Beyond Custer State Park, visit other places in the Black Hills