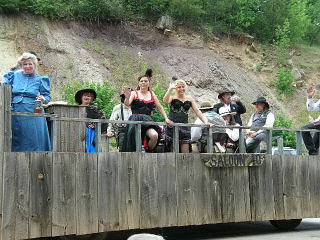 Relive the old west or gamble. The entire city of Deadwood is a
National Historic Landmark. It was established in 1876 during the Black
Hills gold rush, when John B. Pearson discovered gold in a narrow
canyon in the northern Black Hills. The canyon became known as
“Deadwood Gulch” due to the dead trees that lined the canyon walls at
the time.
The town has survived a great fire in 1879, another fire in 1894 and an
1883 flood. It is known as a Wild West town, and celebrates the likes
of Wild Bill Hickok, Calamity Jane, Potato Creek Johnny and Seth
Bullock.

We spent several days in the area. Here are some of the things to do that we noted: 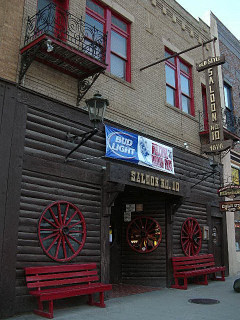 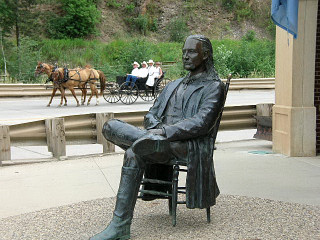 But do spend some time just strolling about town to learn
about its interesting history and the old West legends that live on in
this historic town.

And not too far from Deadwood is Custer State Park.