This is probably one of the worst ways you can start your day. Imagine getting out of bed and getting through your daily routine just to walk to your car and find out it won’t start, guess you’ll be late to that meeting or appointment you have. Cars are exceedingly complicated and have thousands of moving parts that help you get from point A to point B so when your car won’t start you can only really only begin to guess at the reason why. Is it mechanical, is it electrical, can you even tell the difference? We will help to determine some reasons why your car won’t start and how to potentially fix them. 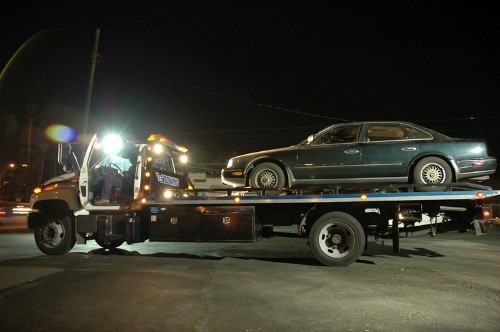 The average price to have your car towed can cost anywhere from $125-250 depending on how far you need travel. You can avoid getting your car towed if you can determine why your car won’t start and potentially fix it yourself before paying for a two and a mechanic.

One of the most common reasons your car won’t start is because of a dead battery. The battery is what provides the initial power to start the car and can run the electronics even if the vehicle is not running. Batteries do need to be replaced every few years or so but can die much quicker if you leave your lights on overnight. Like any other battery, if drained completely of its energy it becomes useless. So, if you turn your key and you hear it cranking but not actually starting it may be an indicator your battery is dead or just doesn’t have enough power to fully get the starter going. Another way to check is by trying some of the electronics in your car. If you can’t even turn on the headlights then it’s a good sign it’s the battery. However, sometimes you may be able to turn on the headlight and not actually start your car. This is because turning on your car requires more energy to start than just turning on your headlights.

Now that you have determined it is a dead battery what are you supposed to do next? Jump starting a car with the help of pal and their car is an immediate way to get your car started.

After jumping your car, you will want to give it a decent drive so your alternator can recharge the battery. If your battery is old and near the end of its life the jump start may only be a temporary fix so you should opt into buying a new battery. What if there is nobody around to help jump your car and you can’t get to the store to buy a new battery though? A great device to have on hand is a battery charger. A device like this plugs into your outlet and actually has jumper cables to attach to your battery. 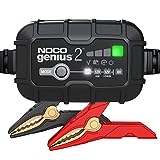 The NOCO GENIUS2 is a top-level battery charger that comes with other features helpful for your battery life.

You went through the trouble of buying a new battery and installing it and your car still won’t start! What else could it be? A bad ignition switch may be your root cause. Can you even turn the ignition switch? If not it may be a sign that it is broken, or you have the wrong set of keys which is an easy mistake to make if tired. Although more cars are turning to the ‘push to start’ ignitions, many vehicles on the road still rely on a key and standard ignition switch. The ignition switch has a few positions, off/lock, accessory, on, and start.. If your car suddenly stalls while driving it can be a sign of a bad ignition switch. The car would stall because it is failing when in the on position, which is the position meant for powering the ignitions and fuel systems. Sometimes you will be able to start the car and then it abruptly stalls without even the chance of driving it. This is due to the same issue of the ignition switch failing in the on position. When turned to the start position it will briefly provide energy to the ignition system and fuel pump, but once returned to the on position the power will be stopped. This can be frustrating to say the least and isn’t necessarily an easy fix but can be done by yourself if you have the available tools and time.

Try trouble shooting the ignition switch a little more by checking it in the accessory position. When the key is turned in this position the electronics in the car should be working. This includes interior lights and your center console. If your accessories remain off while in this key position it could be another indicator of a faulty ignition switch. This could be just one of several possible reasons why, so if you are still uncertain going to a trusted mechanic to diagnose is your best bet. 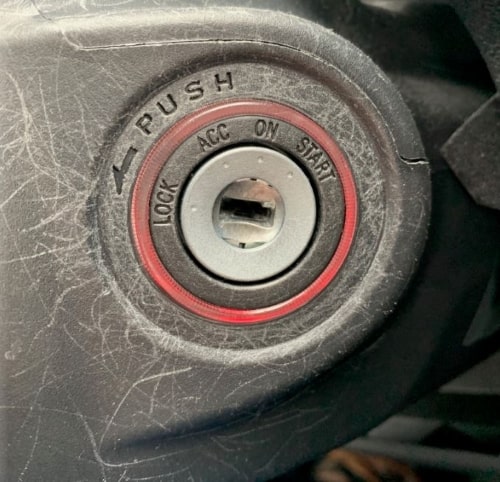 If you are feeling ambitious and want to try and replace your ignition switch yourself, follow the steps listed here. The steps will vary from vehicle to vehicle but for the most part they are all similar.

The starter is another important component to the starting system in your vehicle and like the other parts, if it’s broken or faulty your car won’t start. The starter is a small motor that receives its power from the battery to initially get the engine going. If the starter is broken or faulty then your car isn’t going anywhere without a tow. A broken starter may be tough to determine and can have similar symptoms to an ignition switch, but there are some ways to help determine which is exactly the problem. Listening to the noises from your engine when attempting to start will be a good way to check. When turning the key to the starting position listen carefully for a clicking noise. If you’re uncertain about the noise you can also try jumping your car too and if this doesn’t work it is another indicator it could be the starter. Unfortunately, a car starter is not that cheap of a part and can be difficult to install yourself without a lift and proper tools so you will most likely need to enlist the help of a mechanic to replace. 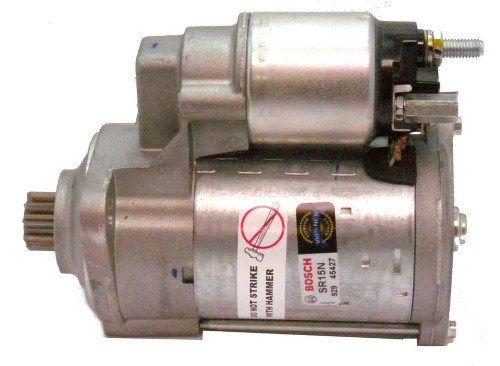 Although this particular car starter has a warning right on it not to hit with a hammer, an old school technique to trying to get it to work is to, well, gently knock on it with a hammer. The same way you would tap on a malfunctioning television or electronic to maybe knock a wire back in place, could be attempted on a car starter at your own discretion. Although not recommended this could be a last-ditch effort while troubleshooting.

The fuel filter is another potential reason why your car won’t. As the name implies, it is a filter in the fuel line that keeps any debris or material out of the fuel before reaching your engine. Your owner’s manual should indicate how often to replace, but some mechanics recommend replacing every 15,000 miles or so because of the importance of clean fuel. If left unchecked they can potentially get clogged to the point where your car won’t even start. You may notice your car driving sluggish in advance to a full blockage and if you don’t handle it then it will become even worse to the point your car won’t even start. Keeping up on the basic maintenance of your car or RV is important and will help to avoid these types of issues. 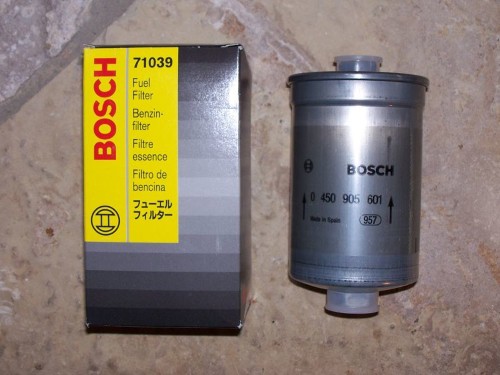 Bosch is just one of many reputable brands that offer affordable fuel filters for a variety of vehicles.

One of the more obvious reasons your car won’t start could be from an empty fuel tank. We have all skipped out on getting gas once or twice, whether it be you’re in a rush to get home or maybe you think you have enough left even with the gas light on. But if you’re ‘running on fumes’ and decide to just get it tomorrow you may be causing more problems than you think. For one, your fuel pump works better with a substantial amount of fuel, but you also need to have enough fuel to actually start your vehicle. If you are also dangerously low on gas and park on a significant hill the little gas you have in your tank may not be reaching your fuel pump so in turn that gas won’t be enough. This is a relatively easy problem to fix but can still be annoying.If you don’t have gas on hand, you will have to get to a gas station and fill up a jerry can, the classic red containers you probably have seen lying around your garage. Typically, they hold right around 5 gallons but that should be more than enough to get you the closest gas station. 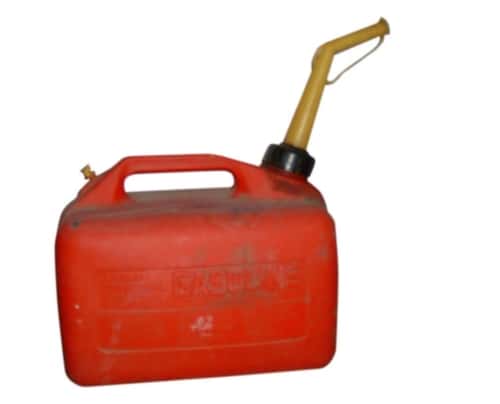 Photo by Michael Anderson from FreeImages

The classic red gas can, also known as a jerry can, can be purchased at most gas stations or online. It’s not a bad idea to have one on hand and filled but keep in mind gas does have a shelf life and cannot sit untreated forever.

Another potential reason your car won’t start is because of a feature put in place on some vehicles that will lock the steering wheel, and in turn stop the ignition switch from initiating. Thankfully this won’t require buying any new parts or taking your care to the shop. Some Toyotas have this as an anti-theft feature and some Hondas have it as a safety feature in case you are parked on a hill and want to have your wheels turned so the tires are butted up against the curb. Check your owner’s manual to see if this is a standard feature and how to unlock it, but for the most part there is a common way to disengage it and start your vehicle. The first thing you will notice is that your steering wheel is probably turned at a pretty drastic angle. This could be done on purpose for the previously mentioned reasons or could be done unintentionally if you are just squeezing into a tight parking spot and didn’t straighten out all the way. Either way the wheel will be locked at that angle and only have a couple degrees of wiggle room. The most common way to solve this is by turning your wheel, key ignition, and stepping on the gas all at the same time. If done correctly your car will start and the steering wheel will unlock. On this particular Honda it is a safety feature and can be undone the following way

There is no exact science for a normal driver to diagnose a car that won’t start, but having the basic knowledge of the related car parts can help to give you an idea of the potential problems and how to fix them. Since each car model has their own nuances, Googling why your particular car model won’t start may help to give you a better idea of the part that is malfunctioning or broken. But as always, sometimes it is best to have a mechanic investigate because there could be underlying reasons that are not obvious to even the most informed driver and safety is always the top priority. 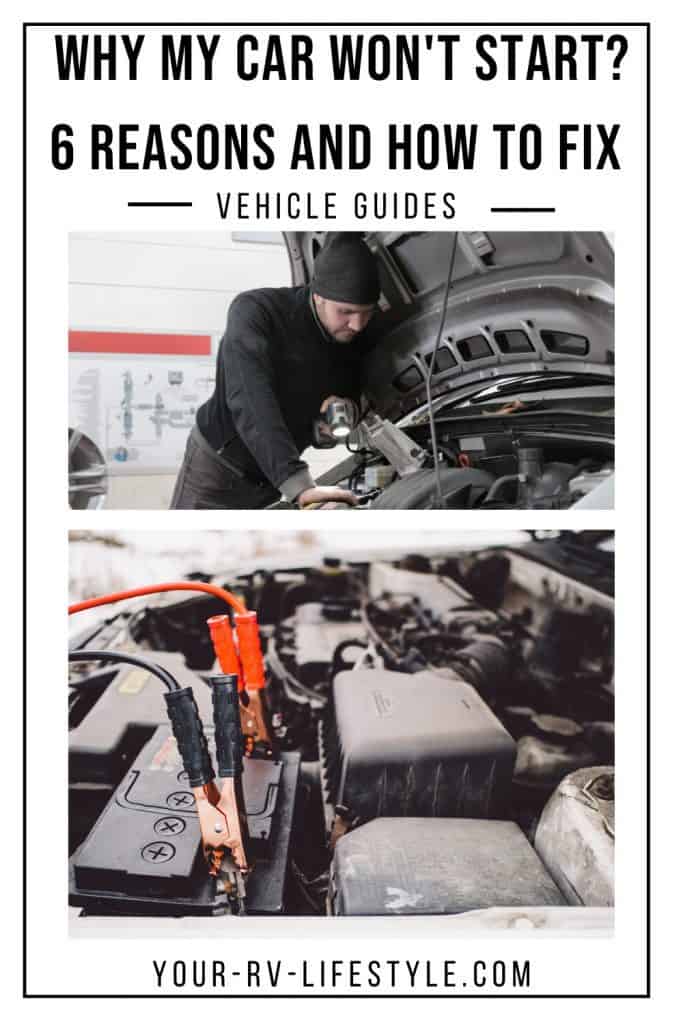 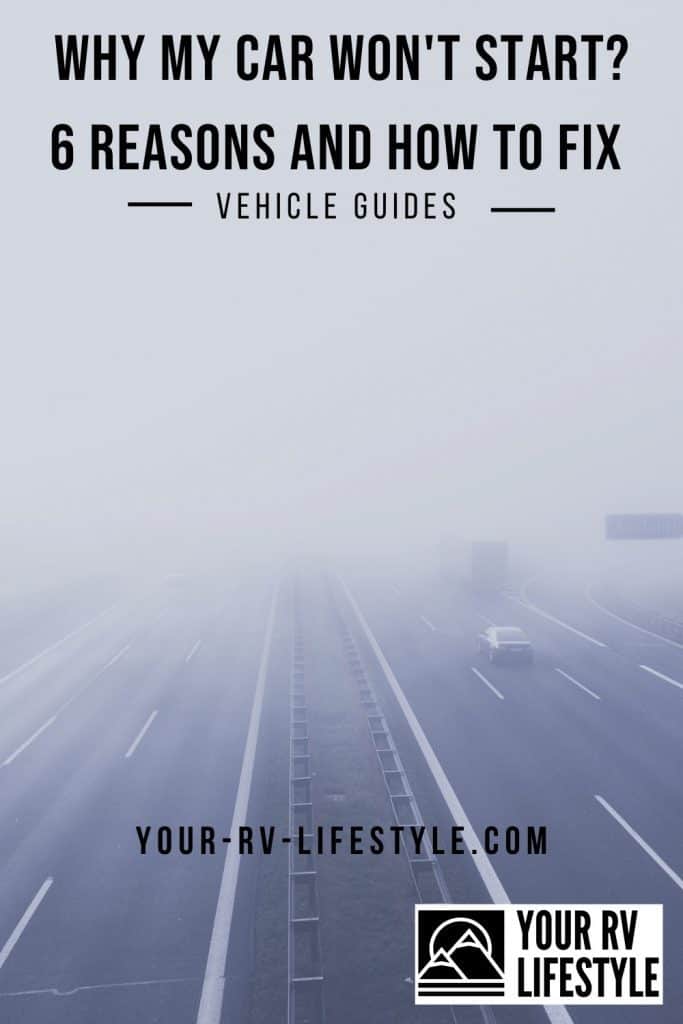