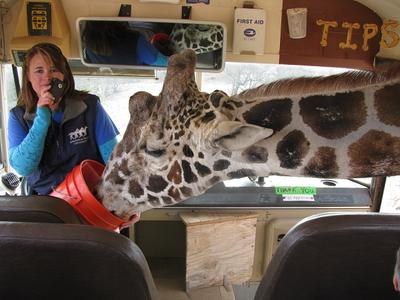 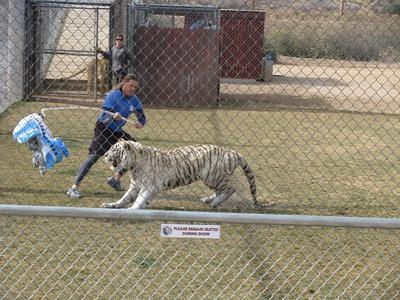 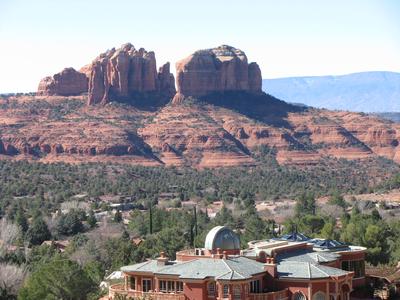 An RVer’s Birthday to remember
If you live in central California in the wintertime, you have to cope with the grey, misty tulle fog that you wake up to and never seems to lift completely by bedtime. I retired from work in 2010, which left my wife, and I free to explore the sunny skies of Arizona during January and February of 2011.

We had just upgraded to our present diesel pusher and we were ready to head south knowing that once we got to Bakersfield and headed over the Tehachapi Mountains on Highway 58 that only sunny warm roads were ahead.

My wife, Shirley was lukewarm to the idea of attending the full week of activities in Quartzsite so we compromised and did it her way. She planned out the trip so that we spent three days in Quartzsite so I got my first experience at boon dock camping for free on BLM dessert land just outside of town.

Did I mention that warm Arizona climate that wasn’t…this was the coldest period they have had in perhaps twenty years. We missed the RV Show the week before, so attendance was down considerably for the vendors under the big tent.

The next stop on the trip took us north on I-17 to Camp Verde, AZ where we stayed at a nice RV park named Distant Drums RV Resort. The facility was very clean and well kept. Garbage was picked up at your site each morning. I thought the rates were in line with the full amenities offered. There is a convenient shuttle to the nearby Casino.

This RV resort was a good base camp for our planed day trips to Out of Africa Wildlife Park a short drive away, and the visit to the red rock country of Sedona a few miles further north on I-17 towards Flagstaff.

The Wildlife Park stretched out over 100 acres and was sectioned off in many areas to keep the animals where they belonged. Some were pretty friendly and working the tour bus for special biscuits.

There is a special show of the name White Tiger Splash where specially trained handlers play with the Tiger by dangling air-filled toys until the Tiger finally splashes into the pool in pursuit.

Also close by Distant Drums RV Resort is the Cliff Castle Casino, which leads me to the main story by-line. Now as it so happens, my wife’s birthday is February 6th. And it just so happens that the Super Bowl XLV was played on February 6th.

What better excuse to visit the Casino than to watch the Green Bay Packers and Pittsburg Steelers on the big screen. Two local beer distributors partnered with the Casino to fill a large party room with over 150 exuberant fans that each paid a $20 cover charge to cover the buffet. The food was great and the drinks were many. We all got raffle tickets that were good for lots of prizes (nice hats & such) during the game.

The grand prize at game end was a 42-inch plasma TV. Yup, that’s right, you guessed it: my wife Shirley won the set, which, fortunately, was still in the box. I wrapped it up in blankets and just managed to fit it into the folded back seat of our small tow car. By the way, the Packers 31 to 25 won the game over the Steelers and yes, we paid a little slot machine taxes on that TV later on the main floor of the Casino.

The next day it was off to Sedona to visit the beautiful red rock mountains. After a day in Sedona we headed south again through Prescott to take US 89 to Wickenburg, AZ. We had wanted to stay out Wickenburg way since we had tickets for the rodeo later in the week.

The TV rode well all the way back to central California. We already have nice TVs in the house so it ended up in the Man Cave (that’s the shop)…I do love Arizona in winter.