When I moved away from home, the first order of business was to find a shortcut for the many trips I would make “back home” to the Mississippi Gulf Coast. From northeast Louisiana, there appeared just such a trip shortcut via the beautiful winding road that cuts about eighty miles off the route between Vicksburg and McComb, Mississippi.

Feeling adventurous, my five young children and I attempted this trip shortcut, enjoying the rolling green hills and the darkness of a highway with trees meeting over us like a canopy, flickers of sunlight sifting through, and plenty of horses grazing in the fields.

We passed through a town called Crystal Springs, the only sign of civilization we saw along this route, and I decided we should stop for gas, just in case there were no others. We pumped gas, got a few Slim Jims and Cokes, walked the two Pekingese… it was a nice little pit stop, a perfect day.

We piled back in the car, only to find that it would not start. Our battery was dead. It was Sunday…

To make a long story short, one of the ladies working the gas station called a cousin, who called his brother, who was a mechanic. Six hours later, we were back on the road.

A year later, I made the same mistake. This time Crystal Springs gave me a flat tire. I wasn’t catching on that there was a Bermuda Triangle in Mississippi.

Every single time I passed through Crystal Springs, there was a mishap of some kind, so I simply wrote off this shortcut, especially if my husband wasn’t along for the ride, and we learned that saving forty-five minutes is really not efficient if it takes four hours to have the car repaired each time. I favored the interstates from then on.

Finally we took the motor home down to the coast. My husband was driving, and “discovered” that there was a trip shortcut on the way to McComb. Men love shortcuts, and he was enthusiastic about it.

The kids yelled, “No, Dad! Not Crystal Springs!” and we reminded him of our many mechanical issues, caused by this very route.

“Hogwash!” he said. He turned with certainty off the exit, headed south toward No Man’s Land. Like clockwork, our Banks system began to fail. The air-pocket sound of an unmuffled engine began to fill the motor home, and I bit my tongue, refusing to say, “I told you so.”

The kids, on the other hand, reminded their Dad that they had told him so.

He laughed at all of us. We visited the Mississippi Coast with this unmuffled motor, as he pretended it was “just a little off.” By the time we reached Florida, the entire system needed to be replaced… we spent three days of our Disney vacation waiting on parts, making phone calls, sending parts back…

At last, we departed for home.

Did he stick to the well-worn path and safety of the interstate? Of course not. One must visit the Bermuda Triangle time and again, unconvinced until the motor home simply disappears without a trace.

On the return trip through Crystal Springs, lightning and thunder and high winds and rain rocked our coach this way and that. The kids were on the edge of their seats, and I prayed a mental rosary for a safe return.

Suddenly, and “without warning,” the windshield wiper bolt wore through. The single windshield wiper flapped across the glass, the two-lane highway offering no shoulder on which to pull over. In a parking lot, Bob and I got out in the torrents of rain, using duct tape and bread ties to bind the wiper until we could reach home.

Naturally, Crystal Springs still awaits the unwise traveler. In spite of all this, my husband insists that this route saves at least forty-five minutes, and vows to use it again.

If we simply disappear, please tell our story. We’re the folks from Monroe, Louisiana who dared to brave the Crystal Springs Triangle, never to be heard from again… 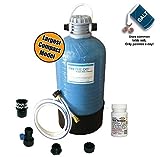 On The Go OTG4-DBLSOFT-Portable 16,000 Grain RV Water...
Check Price on Amazon
Bestseller No. 3 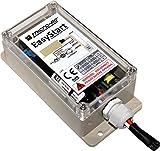 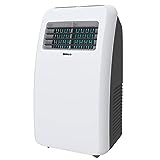